The Pathfinder Society Field Guide (which turns out is where the "Fame" terminology comes from) has some additional prestige award options. Here are some more options for the Technic League.

I've been doing some work on my GURPS DF Megadungeon, Mal Tor'an. I've finally got a side view map that I'm more or less happy with and a rough timeline. Some of what I said about it in the last post is no longer true.

I'm finding it's fairly hard for me to do what Peter Dell'Orto says here and keep it "beer-and-pretzels" as my worldbuilding urge combined with a need to subvert tropes and avoid cliches is strong. I'm trying to resist it as I can, and hopefully I can strike some kind of nice balance.

My last GURPS DF campaign was based entirely on the premise that I completely improvise every world detail in play, and even that got some depth to it. I'm bad at beer-and-pretzels. :(

Last week's session picked up in a dungeon immediately from where the last left off. Spoilers for a published adventure path after the jump.

I've fallen a couple of sessions behind on these recaps. This is session three from two weeks ago. Again spoilers for a published adventure path behind the jump. 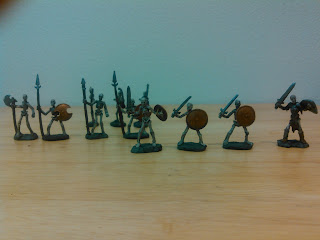 I painted some of the skeletons from Bones I and II.

Last week's session of my Pathfinder game continued  The Choking Tower. As usual spoilers for a published adventure path below the jump. 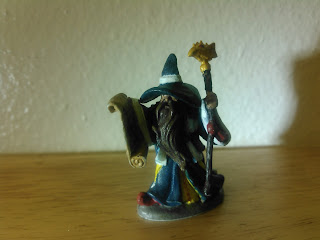 I painted the Galladon mini from Bones I for + Eric Wert's character in +Todd Glasspoole's Pathfinder Rise of the Runelords Adventure Path game. 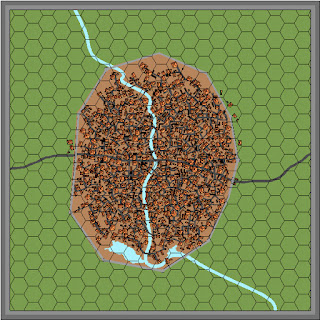 So having read + Peter V. Dell'Orto's blog Dungeon Fantastic for awhile, I've wanted to run my own GURPS Dungeon Fantasy megadungeon. I've been working on it on and off for a while and I hope it can be ready to go when I am done with Iron Gods. 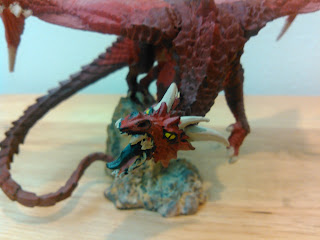 I painted Narthrax, one of the big dragons from Reaper Bones 2. Unlike Cthulhu, this guy is probably going see use in-game, though probably not in Iron Gods.

In last week's session of my Pathfinder game the party started the third adventure in the Iron Gods Adventure Path: The Choking Tower. As usual spoilers for a published adventure path below the jump.

I painted these Reaper Bones I Dungeon Dressing pieces for +Todd Glasspoole. 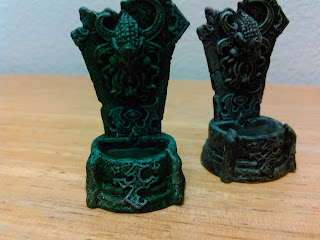 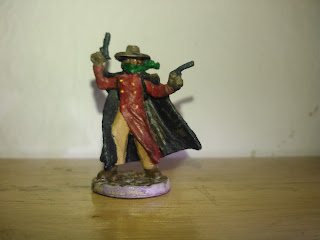 There are few (if any) miniatures for Vanarans or low tech gun fighters. I ended up using The Mist from Bones I, who appears to be a mystery man Shadow clone. I painted some fur on his face, and I may eventually add a tail.  This is one of the Bones minis that clearly lost detail from the pewter version but that worked out well, here because the guns aren't as obviously M1911s. 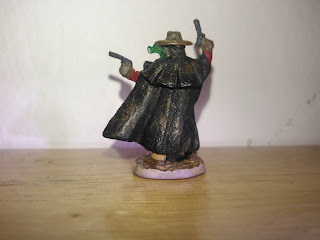 A few new uses for Technic League Prestige have come up in my backwards Iron Gods game: 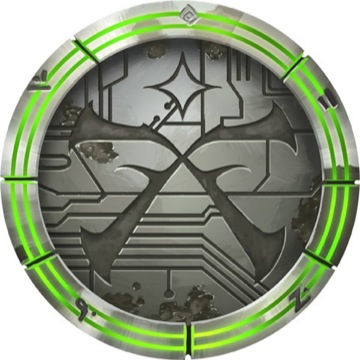 Numeria uses "Silverdisks" as currency.
These are expended batteries that can't be further recharged (there's a 20% chance of a battery failing when attempting to recharge them). This is (maybe) problematic for a couple of reasons. My players certainly hate them.

As I mentioned in the last post Lords of Rust lacks Settlement stats for Scrapwall. The players being players wanted to engage in commerce, so I ended up having to derive them myself.

This continues the overview of what's happened in my Iron Gods Pathfinder game prior to the current adventure The Choking Tower. Part I covered character creation and campaign background, Part II covered Fires of Creation, the first adventure and this post will summarize the second, Lords of Rust. As with Part II this is going to summarize a published adventure and will obviously consist entirely of spoilers, consider yourself warned.

I painted the Reaper Bones Great Cthulhu a while ago. I wanted a darker colored Cthulhu than some of the more lime green ones I've seen (like the one on the box, for instance) and I went to marine animals for inspiration. I think he came out pretty good. 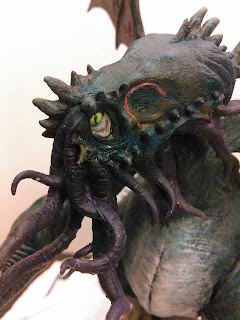 In Part I  I covered character creation and campaign backstory. Now I'm going to summarize the first adventure: Fires of Creation. This is going to be very spoiler heavy, so be warned, if you ever think you might play in this adventure path, you probably want to skip this one.

In my "backwards" Iron Gods campaign I decided to use the "Wounds and Vigor" system instead of hit points (which have always bothered me a little). In play we have found a couple of holes in those rules and I've had to make some rulings.

My article "More Psionic Threats" in Pyramid #3/80: Fantasy Threats is about half of a longer article that I submitted. The first half was an expanded version of the table in GURPS Dungeon Fantasy 14: Psi and was cut for length. I'm not going to be posting that table here, but I plan on seeing it published in some form in the future. In the meantime, here's some behind-the-curtain stuff for the material that did get published:

Iron Gods (Backwards) The Story So Far (Part I)

This week I wrap up the second adventure of Iron Gods, Lords of Rust. I'll be trying to do session summaries starting with the first session of the next adventure, The Choking Tower. This post will be relatively spoiler free and covers the party composition and how I tried to lay the groundwork for adapting the adventure path. The next posts in this series will summarize what the party did in Fires of Creation and Lords of Rust.

I've backed the Planet Mercenary Roleplaying Game (based on Schlock Mercenary) with five days left in the campaign.

GURPS Magic: How to Make a Multi-Use Trap Out of Nearly Any Spell.

Someone in the GURPS forums is having trouble getting GURPS Magic as written to make magical traps that are more than one-shots. Here's one way:

My friend +Todd Glasspoole likes to play a game, called "Let's infect Cole's brain with some weird premise until a campaign comes out". In this case the premise was "Pathfinder game with all Magi PCs".

I created this racial variant of the Magus (Bladebound) for my backwards Iron Gods game:

I'm currently running a "backwards" version of the Pathfinder adventure path Iron Gods in which the PCs are members of faction within the Technic League (more on that later). As far as I can tell there's no official writeup of the league as a faction so I needed to create my own. Note the following writeup uses "Fame" for TPA and "Prestige" for CPA (which seems easier for players and is what Hero Lab uses; I'm not sure where this newer notation originally comes from), otherwise it's the same format as the Faction Guide

"Clerics of Order and Chaos" in Pyramid #3/78: Unleash Your Soul is my first published work generally anywhere (other than a couple of pieces of poetry in some really small print run publications). It was originally submitted for Pyramid #3/68: Natural Magic. This article came from one of my players (Kevin Hosford) wanting to play a holy warrior of order in a GURPS Dungeon Fantasy game I was running at the time. Essentially I just followed the format given in GURPS Dungeon Fantasy 7: Clerics and expanded it to the spheres of order and chaos. The Pyramid Writer's Club was of immense help in navigating the formatting requirements for GURPS publications and I don't think I would have been able to make the leap from player to author without their help. With the tight word-counts for Pyramid, and as the reviewers found things that should be included (notably the references to Antoni Ten Monrós' "Cultists of the Elder Gods" in Pyramid #3/43: Thaumatology III), I needed to cut other things. Notably the following box:

This is my new gaming blog. I'm going to talk about tabletop rpgs and related topics here. Notably I'm going to try to post session logs for games I'm running or playing in, designer's notes for gaming stuff I wrote that is published, stuff that I write that doesn't have a home elsewhere and so on.

As for me, I'm 40 years old and live in California, USA. I've been chasing a college degree since before some of you were born. I'm a USMC vet who deployed to Al Anbar Province Iraq in 2009. As a game writer, I've published one article for GURPS, in Pyramid #3/78: "Clerics of Order and Chaos".

I've been playing RPGs since the mid-eighties, and am currently playing in a couple of Pathfinder games and running one. I hope to run GURPS again soon.

Posted by Unknown at 6:05 PM No comments: