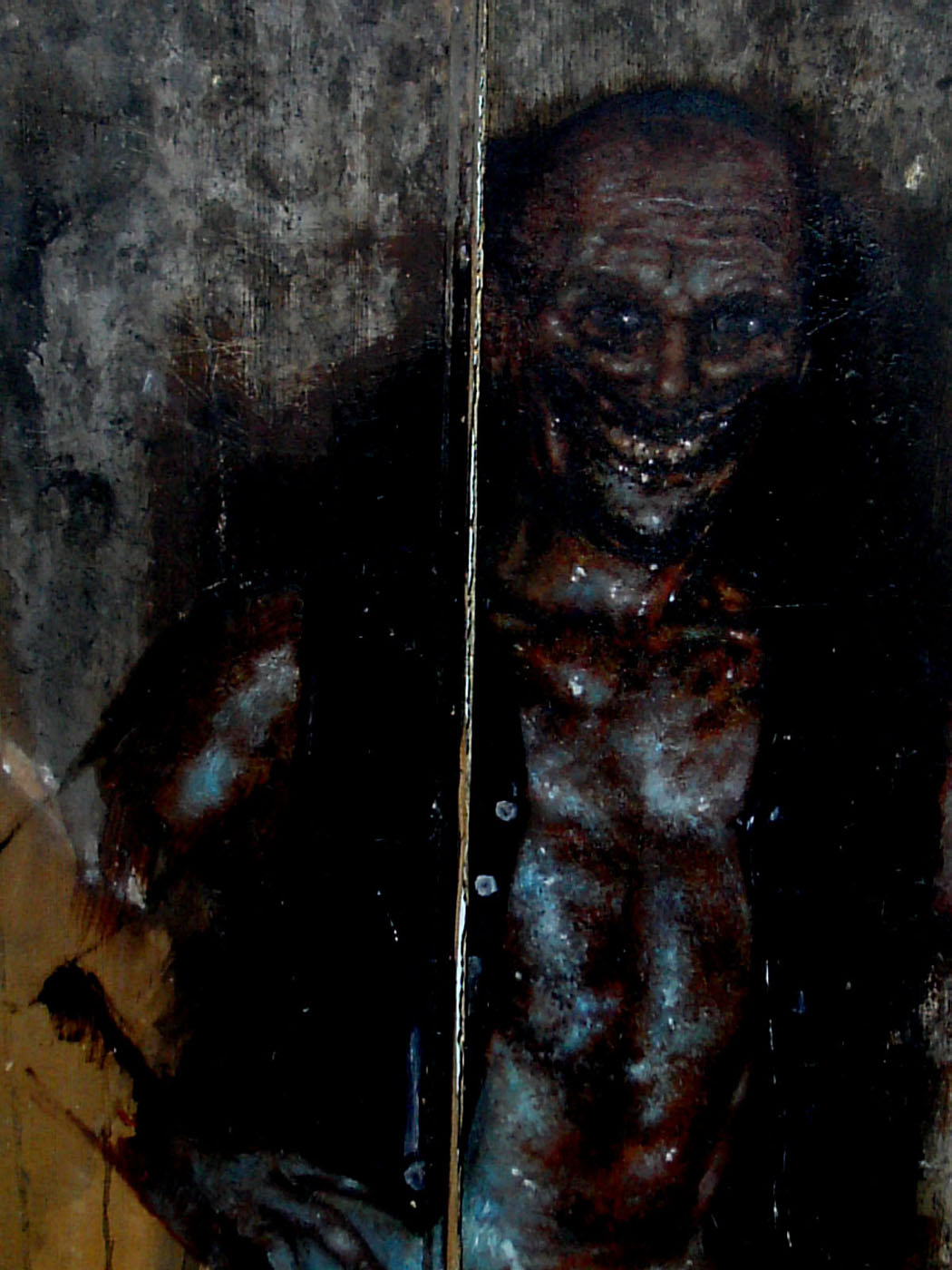 Here's one of the more iconic monsters from the SCP Foundation for your Halloween.


SCP-106 "The Old Man" by Gears, is one of the most enduring of the straightforward monsters in Series I. In some ways he's a variation on the classic ghoul archetype that doubles-down on the fear of taint with a literal aura of decay.

As a relentless and sadistic hunter of people it is easily portable to any horror game. It's nearly impossible to imprison and capturing it at all often requires pretty unsavory bait (as the Foundation has discovered).

Escaping its private hell-plane could be an adventure by itself!

Aura of Corrosion: 1d corrosion damage to anything that it touches or is touched by, additionally does 1 point of Corrosion every hour as a cyclic follow-up for six hours. This corrosion manifests as rotting, rusting, cracking and decay.
Crippling Strike (12): 1d+2

The version above isn't especially tough (and assumes that the Foundation could easily kill it, if they weren't the Foundation). In a GURPS Monster Hunters game raise ST to 16 (and damage to 1d+3) and Brawling to -16; add Damage Resistance 6 (Tough Skin), Supernatural Durability, and replace Resistant to Disease with Immunity to Metabolic Hazards. It has a Fright Check modifier of -1. Note that even with these changes he needs to avoid a straight up fight with hunters; he's a stealthy, unbelievably patient ambush predator that is very selective about his prey.

Note that I've never played Containment Breach so this version is based on my reading of the article and has nothing to do with the video game version.

Based on SCP-106 by Gears, and released under CC-BY-SA except as the SJGames online policy applies to their trademarks and copyrights (i.e. GURPS references and game mechanics,).
Posted by Unknown at 2:57 PM